In an effort to ensure future-readiness as the world’s silicon chip business wavers, IBM has announced a five-year $3 billion project to develop and ready super-efficient carbon chips. Silicon chips are no longer producing the kinds of returns that facilitate the research and development of more capable silicone chips as new technology demands. As such, IBM’s status as the only company that’s currently pumping huge sums of money into the development of carbon chips could put it head and shoulders above its rivals and establish it as the only future-ready chipmaker once the technology is fully readied. 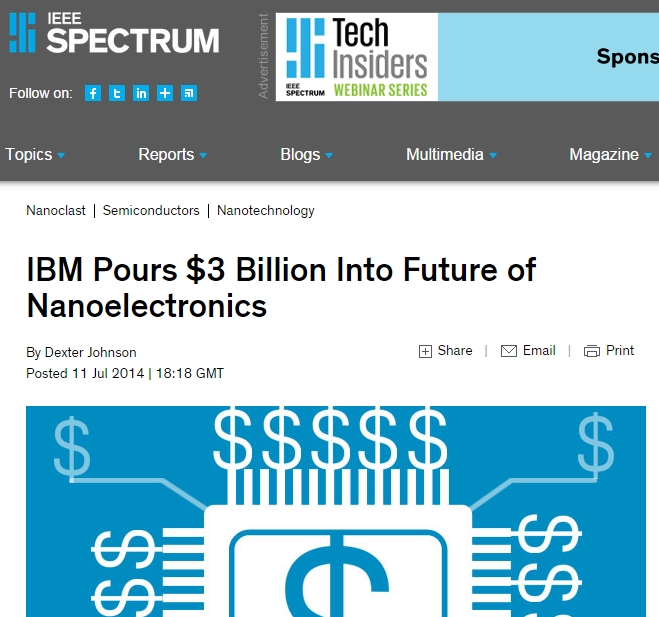